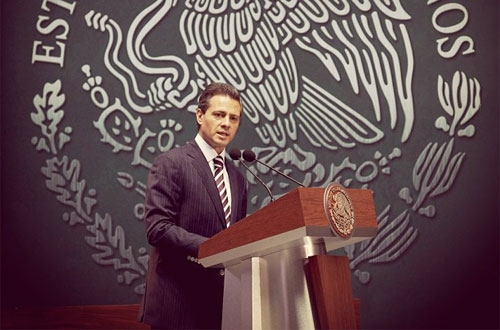 Mexico President Enrique Peña Nieto said Monday that his administration plans to invest Mex$4 billion (US$318 million) in infrastructure projects over the next five years.

President Peña Nieto presented the Transport and Communications Infrastructure Investment Program 2013-2018 as a plan to improve roads, railways, ports, airports and telecommunications “to consolidate Mexico as a true emerging economic power in the 21st Century.”

The program’s aim concerning railways is to restore passenger rail transport and encourage greater use of freight trains. The program calls to reduce travel costs and times, through the construction of infrastructure, which will help improve the speed of the country’s rail systems.

Secretary of the Ministry of Communications and Transport (SCT), Gerardo Ruiz Esparza, called freight trains key factors in developing an effective logistics strategy and named four bypasses that will be built in urban areas to speed the movement of freight trains.

Undersecretary of the SCT, Carlos Almada López, discussed specifics contained in the program at a press conference held on Thursday and noted the program projects would be constructed in a transparent, efficient, timely and responsible manner.

There are 12 rail specific plans under consideration consisting of three passenger, eight freight and one national railway project.

The president declared that having quality infrastructure in the transport and communications sector is essential to achieving a modern, developed Mexico and crucial to accelerating economic activity and social development.

Secretary Ruiz Esparza noted that private sector participation will be crucial to achieving the objectives proposed in the Transport and Communications Infrastructure Investment Program 2013-2018.