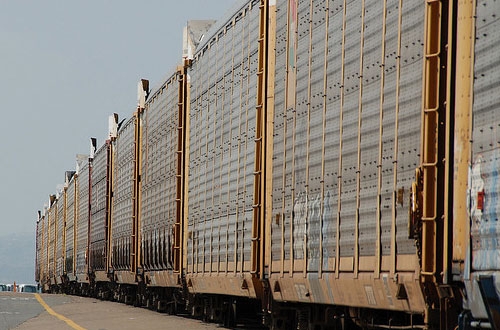 USDOT said it received 627 eligible applications requesting $10.1 billion, 20 times the $500 million available for the program. The department says it focused on projects that improve safety, support innovation and connect communities to opportunity.

“Transportation is always about the future. If we’re just fixing today’s problems, we’ll fall further and further behind. We already know that a growing population and increasing freight traffic will require our system to do more,” said U.S. Transportation Secretary Anthony Foxx. “In this round of TIGER, we selected projects that focus on where the country’s transportation infrastructure needs to be in the future; ever safer, ever more innovative and ever more targeted to open the floodgates of opportunity across America.”

Elected officials released their own press releases concerning $170 million in rail related projects that will benefit from TIGER grants earlier this week. However, with the official word from USDOT, total funds committed to rail-related projects have increased. Additional projects that are either specific to the rail industry or have a rail component to them include:

This is the seventh TIGER round since 2009, bringing the total grant amount to $4.6 billion provided to 381 projects in all 50 states, the District of Columbia and Puerto Rico. USDOT says demand for the program has been overwhelming; to date the department has received more than 6,700 applications requesting more than $134 billion for transportation projects across the country.