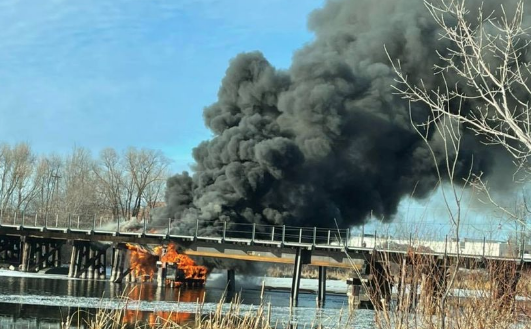 A fire damaged a BNSF bridge in Minnesota on March 1.

Firefighters were busy dealing with a fire on a BNSF bridge in Bemidji, Minn., on March 1.

The fire caused moderate damage to the structure, and first responders were battling the blaze for more than two hours. The bridge spans the Mississippi River between Lake Irving and Lake Bemidji.

“Upon arrival, Bemidji firefighters encountered a large fire coming from under the railroad bridge,” the Bemidji Fire Department said in a statement.

The Bemidji Police Department and BNSF also helped at the scene. RT&S will release more details about this fire if and when they become available.