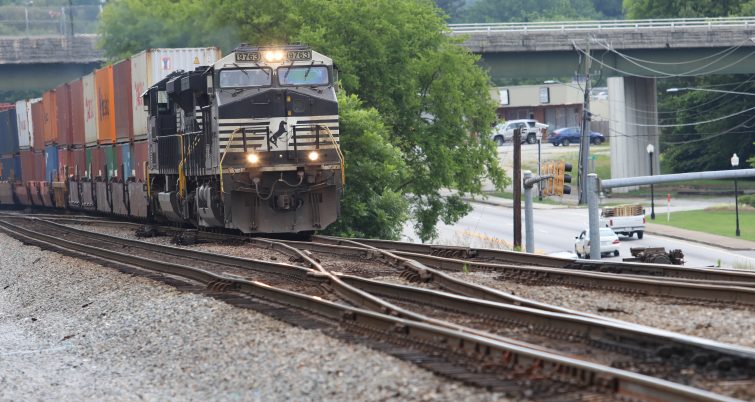 The Mid-Valley Intermodal Center is expected to see up to 40,000 shipping containers a year.

Millersburg, Ore., will soon have its Mid-Valley Intermodal Center, as crews began preparing the site where the International Paper mill once stood.

The 60-acre area will be used for loading cargo from trucks to train lines headed to Portland, Tacoma and Seattle. Grading is currently going on, and the entire concrete lot has been ripped apart. The main office building and an 80,000-sq-ft storage warehouse are still standing, but will be demolished en route to a January 2022 opening.

Years ago, the Oregon Transportation Commission set out on a mission to add more intermodal facilities to take truck traffic off interstates. Initially, the state was not interested in the Millersburg site and had an eye on property in Nyssa, which sits next to the Idaho border.

However, traffic on I-5 has been a problem for decades, and the selected area in Millersburg is located just off the most congested section of the interstate. Linn County was involved in a fierce competition with other counties, and did not meet the requirement of having land secured until late in the process. The state provided $26 million in funding for development.

It is estimated that around 40,000 shipping containers a year will move through the Mid-Valley Intermodal Center, but as of now there are not enough shipping crates to meet the demand. The Mid-Valley will have to establish relationships with other intermodal facilities in the U.S. to acquire extra crates.