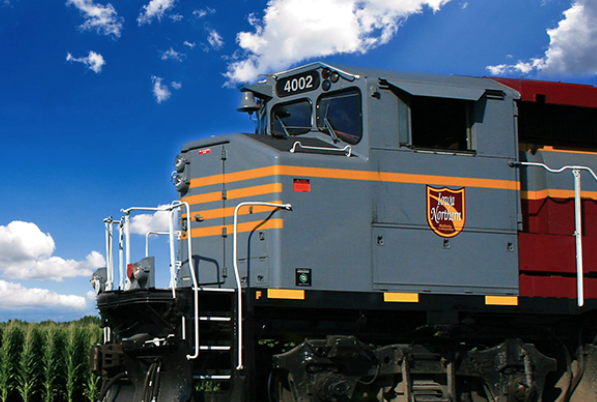 The Iowa Northern Railway will be working with the city of Cedar Rapids to remove a track line.

With the glory days now history, Cedar Falls officials are now planning an un-ceremonial end to rail track that runs through the downtown area.

The Iowa Northern Railway used the line to deliver coal to Cedar Falls Utilities, and long hauls used to block traffic for long periods of time. However, that kind of action has not been seen since 2010, and on Sept. 26 the Cedar Falls City Council was expected to vote on removing the rail. The $12.2 million project would involve pulling 11,642 ft of track from First Street to an area near Pfeiffer Springs Park. Crossings also will be removed and there will be street reconstruction and improvements made to other infrastructure. An old railroad bridge will be converted into a pedestrian bridge that will connect Washington Park to Pfeiffer Springs Park. A grant from the Federal Railroad Administration will provide 80% of the cost. The city of Cedar Falls and Iowa Northern Railway will split the remaining portion.

Iowa Northern Railway owns an intermodal facility in Butler County and plans on recycling the rail there.