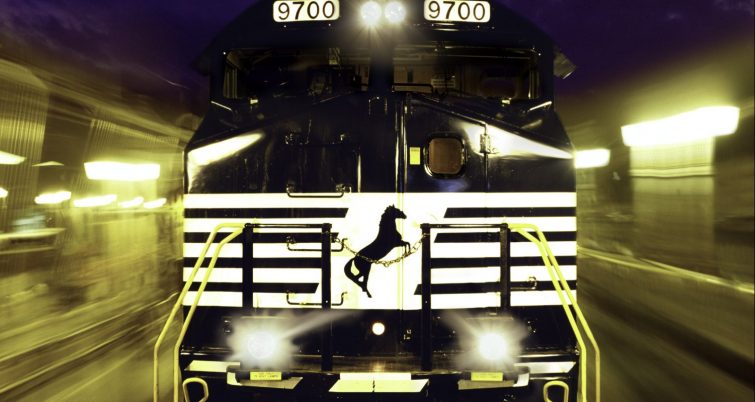 Two derailments occurred on Sept. 21; one happened in dramatic fashion while the other showed more of a pattern.

In Lafayette, Ind., a Norfolk Southern train derailed while crossing a rail bridge over the Wabash River near South Street. The accident caused at least three rail cars to fall into the water. Hundreds of bystanders checked in on the damage. No one was hurt and the rail cars appeared to be hauling rock and scrap metal.

Norfolk Southern said it did not know who owned the bridge, which also is used by CSX and the Kankakee, Beaverville, and Southern Railroad. Viewing images taken from the scene, the bridge looked torn up just off its approach. Girders were bent and some crossties appeared to be off the structure while others were misaligned on the damaged section.