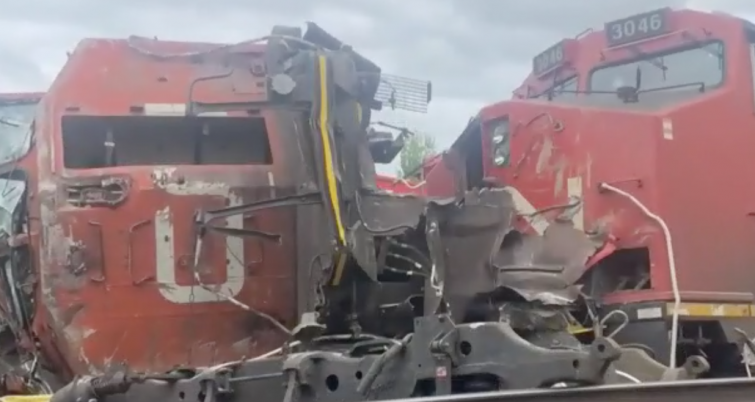 Investigators are trying to figure out what happened when two trains collided in Prescott, Ontario, on Sept. 2.

The accident happened near Edward Street, and one person was treated at the scene for minor injuries. Prescott is about 95 km from Ottawa.

Four locomotives derailed along with 16 railcars, according to Canadian National. One of the locomotives had a small diesel fuel leak.

Prescott Mayor Brett Todd said the tracks are pretty torn up, and “you can see the seriousness of the impact.”

The Canadian National rail line through Prescott was shut down on Sept. 2, and VIA Rail service along the Toronto-Montreal route also was affected.

The Transportation Safety Board had a team of investigators at the scene.