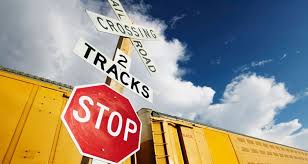 The state of Missouri does not want another fatal Amtrak derailment, but prevention is going to take money.

Currently, Missouri uses a 25-cent state motor vehicle licensing fee to generate about $1.5 million annually for rail safety improvements. Combine that with about $6 million in federal funding and about 20 crossings every year receive upgrades.

The Missouri Department of Transportation is now asking for $50 million in state money to help improve rail crossings. Four months ago, a crash involving an Amtrak train and dump truck at a rural crossing killed four. The NTSB is still conducting an investigation. If MoDOT receives the $50 million it would be used with federal funds to pay for six year’s worth of projects.

A report released in January revealed there have been 37 deaths at railroad crossings in Missouri over the last five years, and there are over 1,400 crossings that have no warning lights or gates. The Amtrak accident happened on a passive crossing.