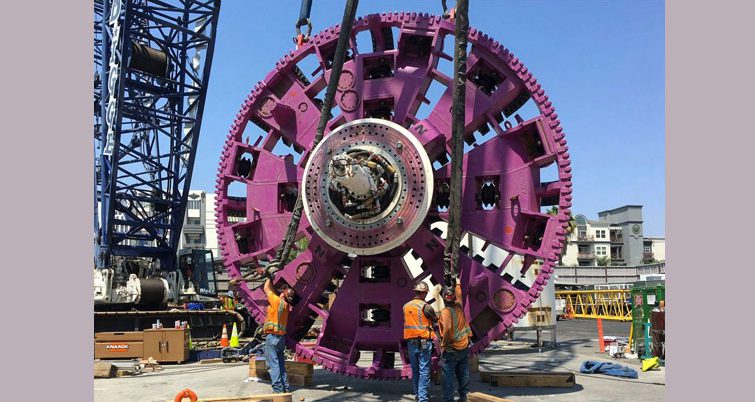 The approval means LACMTA will be able to take advantage of tunnel contract bids that the transit agency notes have come in lower than expected and would save the project an estimated $130 million. LACMTA explains that the bids were at risk to expire on Oct. 3, 2018, which would have meant the tunnel contract would require a rebid. Avoiding this has saved the project an additional $200 million in projected escalation costs and nearly two years of project delay.

LACMTA also notes that FTA’s actions mark an important step in the path to ultimately secure a Full Funding Grant Agreement for the Purple Line Extension Section Three. In August, Section Three was cleared to enter the engineering phase of the FTA Capital Investment Grants Program. Section One and Section Two have already received federal funding. LACMTA is now seeking a $1.3-billion grant for Section Three through the FTA’s New Starts Program and anticipates a grant agreement will be forthcoming in early 2019.

The Purple Line Extension’s first two sections are under construction between Wilshire/Western and Century City, Calif. When all three sections are complete, the subway extension will travel approximately nine miles underground between Koreatown and Westwood. Major construction of the first section between Koreatown and Beverly Hills began in 2015. Construction of the second section between Beverly Hills and Century City started in 2017. Section Three, scheduled to begin construction in 2019, will complete the subway to Westwood. The entire line is on track to open by 2026, in time for the 2028 L.A. Olympic and Paralympic Games in Los Angeles.

“Working closely with the FTA, we can leverage our significant local investment with the precious resources of the federal government to deliver one of the most competitive and beneficial public transit projects in America today,” said LACMTA President Phillip A. Washington.