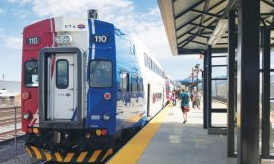 GoTriangle will take a second go at a light rail project that will connect Durham, N.C., with Raleigh, N.C.
GoTriangle

GoTriangle is now StopTriangle, but there is a chance it could get the go sign in the future if it makes some adjustments. An American Public Transportation Association report cited errors in GoTriangle efforts to construct a light-rail transit line in Durham, N.C., that was called off earlier this year. Since 2014 over $150 million has been spent on the $2.4 billion project, which would connect Durham to Raleigh, N.C.

Perhaps one of the key gaffes was the failure to establish strong relationships with private and public stakeholders, like Duke University and North Carolina Railroad. Duke had some concerns that were not appropriately addressed. The university would have to give up land for GoTriangle, and officials were worried about electromagnetic interference associated with construction vibrations near Duke Hospital and the Duke Eye Center.

GoTriangle said it was not aware of Duke’s concerns, and the APTA report suggests if the project does move forward again that a single senior manager will be needed to massage the relationships with key partners. GoTriangle now says it will work on establishing a stronger relationship with those parties involved, and does plan on taking on the project in the future.

The APTA report says public and private trust also needs to be established before GoTriangle starts up the engine again. GoTriangle has hired a chief development officer to oversee large projects and is looking at identifying agency priorities. It also is looking for a new CEO after Jeff Mann resigned in June. APTA says the next project must represent the agency’s highest priority, and it needs to be “fully evaluated with regard to purpose and need, and it can in fact be successfully implemented.” Another recommendation is that a board needs to play a bigger role in the process.

GoTriangle is currently working on a feasibility study for a commuter rail project and has formed a committee that will evaluate the board and its committees. 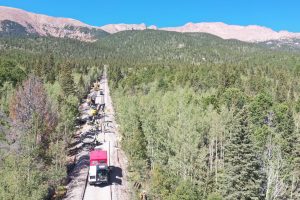