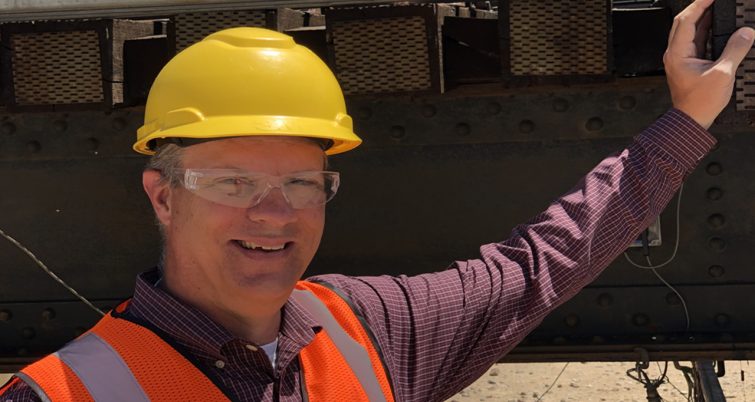 A timeline should not give a pair of scissors the attention.

When we were considered rookie cutters in grade school and something needed to be cut out, the lines, whether straight or curvy, always had breaks in them so we knew exactly where to steer the scissors. Sometimes the curves were too sharp for the safety pair to navigate, but one way or another the broken line got us to where we needed to go.

Looking at the yearly history of the San Diego-to-El Centro, Mexico, railroad route, I don’t know if it is better to cut right through it and end it all or to connect the endings to try and make sense of it all.

First off, the road, which has been called “The Impossible Line”, is broken into four segments: Main Line, La Mesa Branch, Coronado Branch, and the Desert Line. Then there are the incidents that come through like craters. On Sept. 10, 1976, Hurricane Kathleen ate up bridges and major sections of the Desert Line. In January 1980 washouts caused by desert storms drowned sections of rail. On June 18, fire destroyed two bridges on the Desert Line. In the early 2000s two tunnels needed to be repaired and bridges were rebuilt, including the Goat Canyon Trestle. On Christmas Day in 2009 fire burned another tunnel. In February 2017 boulders pounced on a tunnel leading to collapse.

With all the damage one does not need to know why the 146-mile cut is called the The Impossible Line, but fires, boulders, and washouts did not play a leading role in the title. The geometry, mainly in Mexico, was sometimes extreme and complicated, leading engineers to name it. Explosives needed to be used for a large number of tunnels, and it’s been said that a day’s progress was measured in inches. The Carriso Gorge portion of the track alone required 13 trestles and 17 tunnels over 11 miles.

The last timeline crater might have been blown out in the Summer of 2020, when the Baja California Railroad stopped making lease payments to the San Diego Metropolitan Transit Systems for the Desert Line, and in November the MTS was contemplating it’s next move with the line.

It’s hard to keep your eyes locked in while looking over the many ownership changes and line births and deaths over the last century on The Impossible Line, but officials seem to still be determined to get the line going again so product could be transported between Tijuana, Mexico, and spots in the U.S. Perhaps the most bountiful time in the rail line’s history came during the transportation boom of World War II. Bad events have outnumber the good 20:1, and many spots on the line are still in need of major repair.

Letting a line rot only rusts the image of the railroad industry. It would take a severe twist of my arm for me to whistle in another one of those “rails to trails” projects, but I am thinking in this special case, on a line that has art-gallery picture views, maybe recreation is better than re-creation.

President Biden recently signed the $1.2 trillion infrastructure bill, but that money has been marked for projects that simply hold more promise, like the Hudson Tunnel Project. Private investment has taken a crack at The Impossible Line only to watch money and profits fall through many cracks.

Everything has been thrown at this line, even the kitchen sink (in fact, I’m thinking as many as two) and nothing has shined. You can only put so much tape and glue on a pile of scissor-cut scraps. There is simply nowhere left to go.