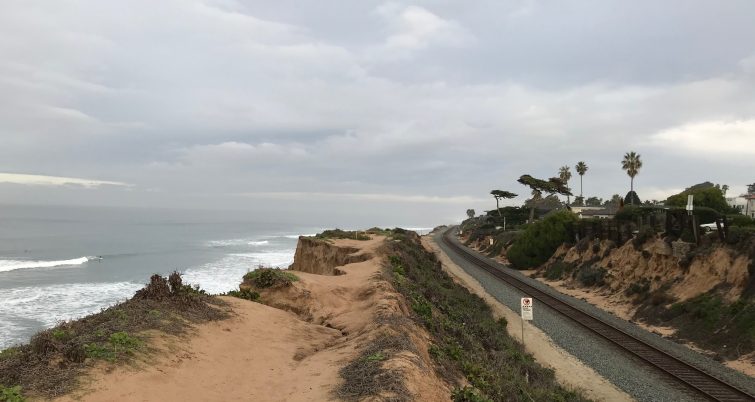 It was no surprise that track relocation was a hot-button topic during a recent forum of those running for Del Mar (Calif.) City Council.

The line that runs along the bluffs is at constant risk of being damaged due to ground settlement and erosion.

Del Mar Mayor Dwight Worden, Councilmember Terry Gaasterland, and candidate Stephen Quirk are all running for two at-large seats on the council, and the three offered their insight on moving the track further inland.

The San Diego Association of Governments (SANDAG) said it wants to build the new line on one of two routes: the Camino Del Mar route or the Del Mar Heights route.

Both Gaasterland and Quirk want SANDAG to offer more options for the track move. Quirk added the two options would present “devastating tunnels” that would be destructive to the community for decades.

Worden said his choice is the Del Mar Heights route. He also said if people are in favor of moving the tracks off the bluff they need to be OK with some type of tunnel alignment.