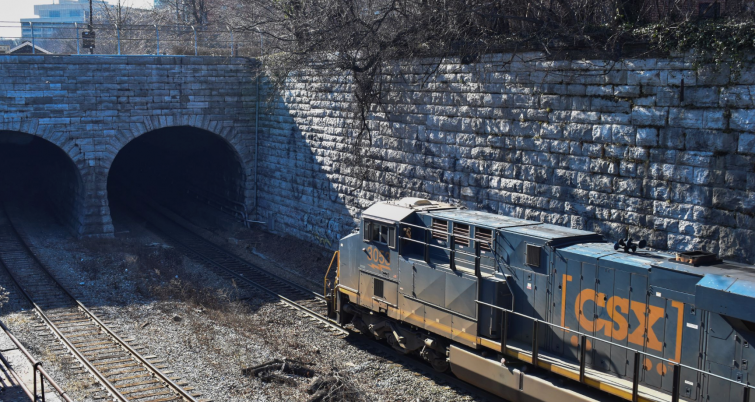 Work on the Howard Street Tunnel in Baltimore will begin this year.

Maryland Gov. Larry Hogan made the announcement on June 23 after the federal environment review was completed.

The project, which will increase the vertical height of the rail tunnel to accommodate double-stacked railcars, is expected to cost $466 million. Federal funding is covering $125 million of the cost. Maryland and Pennsylvania are committing $202.5 million and $22.5 million, respectively. CSX, the owner of the tunnel, will pay $113 million. Groundbreaking on the Howard Street Tunnel will happen soon.

Last week, Maryland State Transportation Secretary Greg Slater said the tunnel reconstruction ranks as one of the top four most critical infrastructure projects in the state. Twenty-two other locations along the route also will have vertical issues addressed. The Howard Street Tunnel is part of CSX’s I-95 rail network that runs from Baltimore to Philadelphia.

Construction will involve lowering the tracks while also maintaining train operations. Bridge modifications and replacements also will be included. The project could take up to six years to complete.