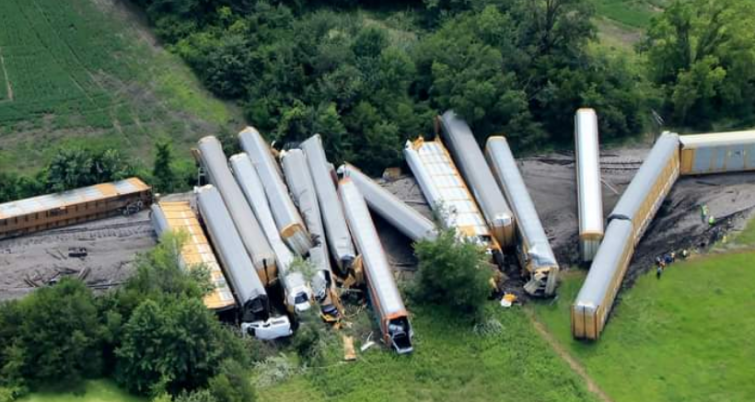 First came the semiconductor chip shortage, which has been following by the Great Ford Truck Derailment of 2021.

A Norfolk Southern train carrying Ford F-150 trucks and vans suffered a derailment earlier in the week, and according to the Class 1 company several vehicles were a total loss. The accident happened in Ralls County, Mo., about 100 miles northwest of St. Louis. It marks the third derailment in the region in six weeks. Another NS train left the tracks on June 24 in Monroe County, Mo., and a BNSF derailment happened on July 8. The Missouri State Highway Patrol does not know what is causing the accidents.

Aerial photos of the most recent derailment show vehicles out of train cars and smashed. A total of 46 cars left the tracks.