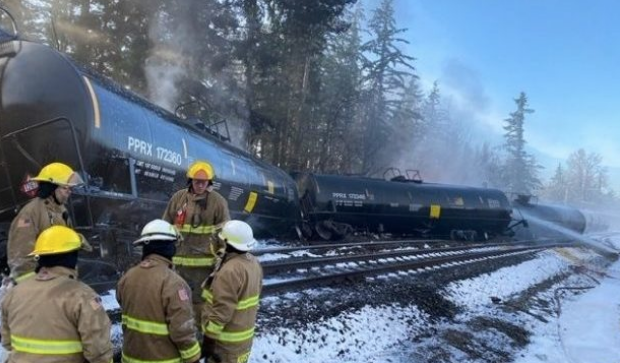 A BNSF train derailed back in December 2020 and three tanker cars caught on fire.

A Federal Railroad Administration (FRA) report says vandalism may have caused the derailment of a BNSF train in Custer, Wash., back in December. The FRA, however, has not cleared BNSF of any wrongdoing.

The report notes possible causes for the crash that resulted in 10 railcars off the track and the leakage of 29,000 gal of crude oil. Three tanker cars caught on fire.

According to the FRA, the train was left unattended for hours during a crew change at a stop north of Bellingham the morning of the crash. The derailment happened minutes after the stop, and the area had been prone to railroad vandalism. The FRA said BNSF should have warned crews of the recent activity and safety checks should have been performed prior to the train moving again.

“Vandals had opportunities to tamper with the couplers and brake pipe angle cocks,” said the report.

Inspectors did indeed find two of the train’s angle cocks completely or partially closed, and a person had to deliberately close them. Messing with the angle cocks effects the braking system.

The report also states a safety check could have spotted the issue with the angle cocks. 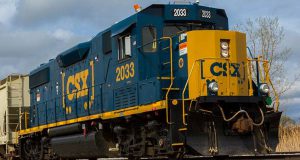 Ind. mayor says CSX is not responding, but Class 1 is ready to make crossing repairs