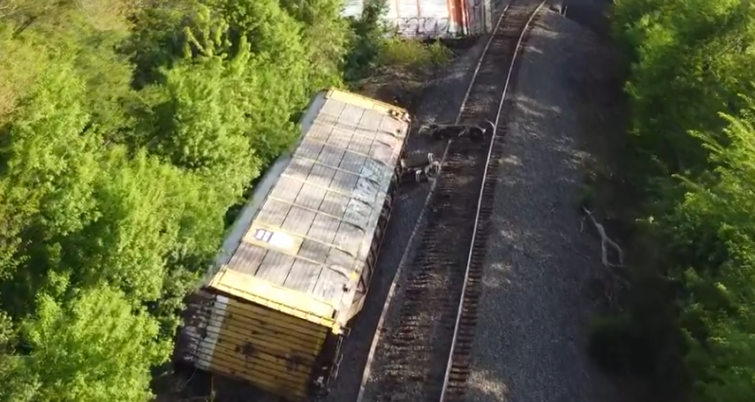 Crews were cleaning up a 26-car derailment in Mad River Township in Ohio late last week.

The accident happened on a railroad near Lower Valley Pike and Old Mill Road around 5:30 p.m. on May 12, and the scene was still being worked on late in the day on May 13.

The railcars that spilled were carrying new automobiles and scrap metal. Firefighters were called to the scene and it was determined that no hazardous materials spilled along the tracks. Hazmat crews and drones also scoured the area.

Norfolk Southern spokesperson Connor Spielmaker said crews and contractors were on-site and continued to work to re-rail cars and reopen the track, and the goal was to have the accident cleared by the end of the day on Friday, May 13.

See video of the wreckage.